Managing Budget Cuts Due to the COVID-19 Pandemic

The disruption caused by the Covid-19 pandemic on capital construction projects will continue to be noticed in 2021 and years to come. Governments’ unexpected massive spending to respond to the damages caused by the pandemic had necessitated many governments to enforce budget cuts for currently approved capital construction projects. This trend will continue until the economies of those countries achieve recovery.

Although new projects can be delayed until funds become available again nevertheless, for ongoing projects, their current approved budgets need to be reviewed and adjusted to accommodate the reduction in project funding. Carrying out this budget adjustment should be done with great care to avoid project failure where the already spent budget and planned budget spending will become sunk cost with no chance to recover. Avoiding this risk requires following a structured process for reducing current project budgets and budget spending during 2021.

The first step requires having an updated and valid cost estimate to complete the remaining scope of work. Simultaneously, the project schedule needs to be revised to reflect the scope of work that can be delayed without affecting the overall project objectives. The cost estimate to complete and the revised schedule should be closely coordinated and aligned. The approved cost estimate and project schedule will become the basis for creating the revised project budget and budget monthly spending plan. It is highly recommended that the budget level of detail be aligned with the cost estimate level of detail. Each budget line item needs to be associated with the funding source allocated for the budgeted scope of work. When the budget is reviewed and approved, it will become the approved revised budget. Finally, the approved budget will be subject to ongoing review by the stakeholders to identify any possible further reductions and transfers from one cost center to another or from one period to another on the same project or even across the entity’s projects’ portfolio. Of course, commitments and actual spending of those commitments should be fully aligned with the approved project budget and spending plan.

Using a Project Management Information System (PMIS) like PMWeb, all of the above processes, along with all supportive documents and workflows to formalize the review and approval of those processes, can be managed, monitored, evaluated, and reported on a single platform. Nevertheless, the first step that needs to be finalized and agreed on is the level of detail that the project budget needs to be managed. PMWeb allows defining 16 levels of cost breakdown structure levels to point the project budget to the level where it will be collected, monitored, controlled, and reported. It is highly recommended to have the same cost breakdown structure (CBS) levels standardized across the complete projects’ portfolio managed by the entity.

The attachment tab for the cost estimate, schedule, and all other processes needed to manage the re-budgeting process will be used to attach all supportive documents relevant to each method. All supporting documents must be uploaded and stored on the PMWeb document repository in their designated folder or subfolder to enforce transparency and accountability. Also, links to other transactions for the different project management can be added as well as links to imported MS Outlook emails.

To maintain the updated budget with the objective to improve the accuracy of the new budget baseline, there should be an ongoing process to manage all budget adjustments, whether those were omissions or additions, and budget transfers, whether those were within the same project or between different projects. PMWeb budget request module will be used to capture all those changes, whether they relate to a reduced scope of work, value engineering proposals, rescheduling the start and end dates of work items, changes in available funding amounts, among others. Similar to the budget module, each line item needs to be associated with the relevant source of authorized funding, and when the budget amounts affected by the adjustment or transfer will occur.

To ensure that all budget adjustments and transfers and all other processes needed for the re-budgeting effort are formally reviewed and approved by the assigned individuals, a workflow will be given to each of those PMWeb processes. The workflow will map the sequence for the review and approval tasks to assign a role to each review task and the duration for completing the task. The workflow will also be designed to include the conditions to enforce approval authority levels needed for such financial transactions.

To ensure that the revised budgets are aligned with the already awarded contracts and contracts that are still necessary to be granted, the PMWeb commitment module will be used to capture those details. Since the allocated budget spending for 2021 needs to be closely managed, it is highly recommended that for each contract, the due amount for work in a place that will be invoiced be defined for each period. Following the same concept of budget projection, PMWeb allows defining the amounts that consultants, contractors, vendors, among others, will plan to invoice for at each period.

To avoid any surprises on the need to make any changes to the approved allocated budget due to changes in the awarded commitment contracts, the PMWeb potential change module will be used to provide an early warning notification of all such possible changes. This will enable the project team to review those possible changes and decide if they need to be considered as changes to the awarded contract or not. PMWeb potential changes module will be used for all changes that could impact any awarded contract as it will be considered as the first line of defense or filter for any change that could affect the awarded contract amount.

For approved, potential changes, PMWeb allows generating the request for change (RFC) form for that possible change. The demand for change (RFC) process will ensure that all change orders or approved variation instructions are aligned with their relevant request for budget adjustment. The RFC form will include two tables. The first is to display the budget requests associated with the change, while the second table will detail the change orders associated with this change. This will ensure that no change orders will be issued against any awarded contract before securing the required budget adjustment and the approval on the same.

Change orders or approved variation instructions (AVI) for each awarded contract will be managed using the PMWeb change order module. All line items included in a change order should be associated with their relevant cost breakdown structure (CBS) level to update the originally awarded commitment amount. Also, it will detail to which period the change amount will be spent. The change order form will also capture the number of days that the project’s completion date will be adjusted for as a result of the change order.

The next step is to start capturing the actual costs associated with the delivery of each project. There could be three sources for incurred actual cost. The first will be against the interim progress invoices issued by consultants, contractors, vendors, and others against awarded contracts. The percent complete for work in place can be either added manually or imported from the project schedule. For remeasured contracts or contracts that require quantifying the actual work in the area, the quantities can be added manually or imported from the weekly joint measurement report (JMR) module in PMWeb.

The second and third sources, also known as non-commitment actual cost, are the costs of miscellaneous expenses captured in the PMWeb various invoices module and the entity’s own team’s costs assigned to manage the project, which will be charged using the PMWeb timesheets module. PMWeb timesheet module allows defining different pay rates for regular, overtime, weekend, and others.

To ensure that all financial data for all those processes are appropriately connected and available to be reported on, the PMWeb cost ledger will be the real-time repository for all this information across the complete projects’ portfolio that the entity has. The cost category will organize the transactions for each process it belongs to, budget, budget adjustments, awarded contracts, potential change orders, change orders, actual commitment cost, and non-commitment actual cost. Each one of those categories will be further labeled as approved or pending approval following the assigned workflow status.

This financial data will become the data source for the connected financial reporting that the entity would need to have. The most straightforward type of reporting, which in a way emulates the spreadsheets reporting that many entities are used to have. In PMWeb, this is known as the Cost Worksheet. PMWeb allows defining an unlimited number of cost worksheets to display the required financial data fields from the different processes, whether pending or approved. Also, PMWeb allows creating new alias fields by applying mathematical formulas on the cost data fields from those processes.

The cost worksheet module will provide the project stakeholders with the different cost spreadsheets they need to monitor, evaluate, and report the project’s re-budgeting effort. Those spreadsheets can be grouped and summarized by the different cost breakdown structures (CBS). Also, the displayed data can be filtered by periods if needed. Finally, PMWeb allows exporting the cost worksheet to MS Excel in case there is a need to run what-if scenarios without changing the data captured in PMWeb.

Having this financial data captured in a single data repository also enables the project stakeholders to consume this data using business intelligence and data visualization tools like MS Power BI. Using the “Get Data” command in MS Power BI, a link can be established with PMWeb database to read this information. Also, there is the option of creating specific data views or tables to which the project stakeholders will have access so they can consume and create their reports and queries.

Using MS Power BI allows adding visuals that detail the project components authored using a Building Information Model (BIM) authoring tool like Autodesk Revit. This will provide the project stakeholders with better visualization of the budgets and commitments associated with each building system or project component. The display depends on what the BIM model had been authored to display. 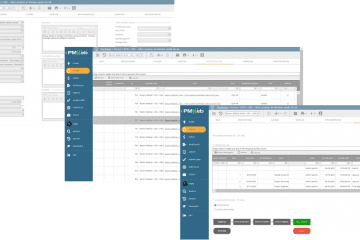 How Can Project Owners Encourage Fraud on Their Capital Construction Projects?

When project owners, both in the public and private sectors, fail to impose the right policies and procedures to deter fraud on their projects, they indirectly encourage those involved in their projects to commit actions Read more… 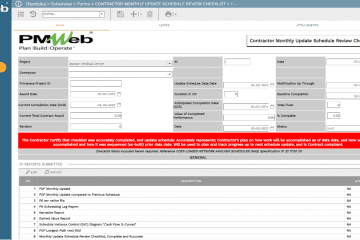 Should Contractors Have Their Own Project Management Information System When It Comes to Managing Their Own and Their Subcontractors and Suppliers Scope of Work as Well as to Communicate with Other Project Entities?

A Project Management Information Systems (PMIS) like PMWeb tend to be used more by project owners and project management consultants (PMC) when it comes to delivering capital construction projects. The project owner, along with the Read more… 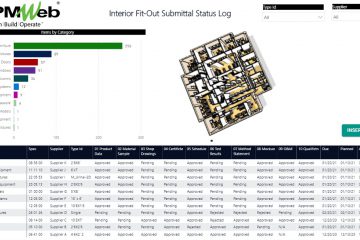 How to Use Technology to Fulfill the Growing Demand of Project Stakeholders for Real-Time, Single Version of the Truth Monitoring, Evaluation and Reporting of Fit-out and Refurbishment Projects

Fit-out and refurbishment projects are among the many critical investments that cop do to maintain, improve and grow their business operations. Whether those projects were to remodel or upgrade existing or new showroom, store, office, Read more…

Get notified when new articles are posted.

Get the solution to the 8 biggest business challenges causing delays in large-scale construction projects.

Get the solution to the 8 biggest business challenges causing delays in large-scale construction projects.